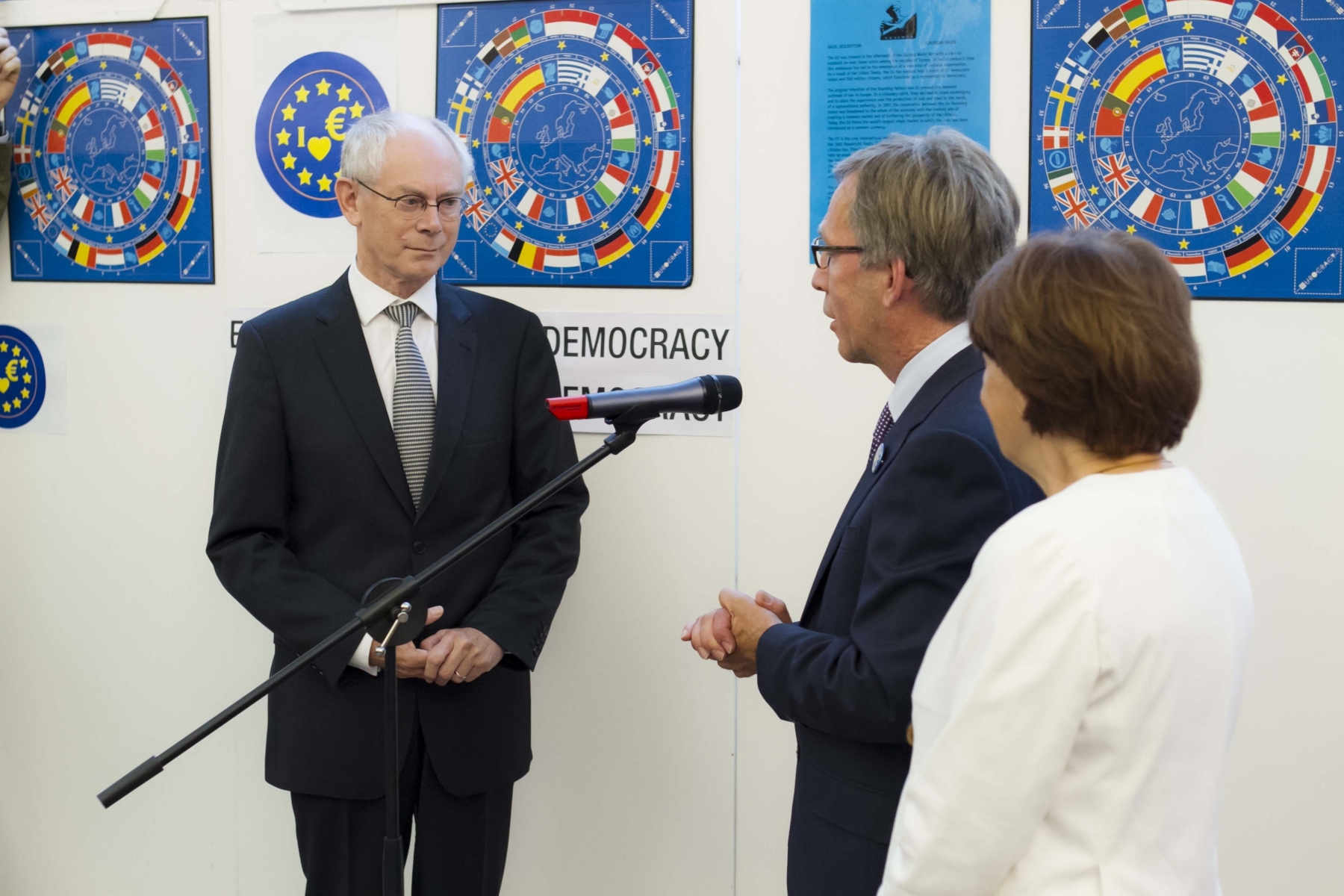 A Democratic Narrative for the EU and European Citizenship Education

by Jaap Hoeksma, Philosopher of Law

The democratisation of Europe is the historical endeavour to change a war-torn continent into a democratic union of democratic states. The Russian invasion of Ukraine accentuates that European integration is both a momentous achievement and a continuous challenge. For a proper understanding of the nature of the present European Union the following stages in the process of the democratisation of Europe can be distinguished.1

1 – Driven by the determination to create an ever closer union between the peoples of Europe the Founding Fathers of the EU have broken the circle of warfare on the old Continent. The aim of the 1951 European Community of Steel and Coal was in the words of Robert Schuman ‘to make war not only theoretically unthinkable but also materially impossible’.2 The conceptual innovation required to achieve this goal consisted of the pooling of sovereignty. The participating states sacrificed the principle of absolute sovereignty for the guarantee of peace.

2 – The practice of shared exercise of sovereignty proved to be so successful that the six founding states of the present EU decided to broaden their cooperation to the entire economy. The European Economic Community and Euratom, both founded by virtue of the 1957 Treaty of Rome, merged with the ECSC in 1965. As a result, the executive institutions of the three separate communities were unified. The EC Court of Justice established in 1963 that the transfer of sovereignty to the EEC had led to the emergence of an ‘autonomous legal order’.3 The Court also clarified that the law of the Communities has direct effect and, in case of conflict, takes precedence over national regulations.4

3 – The internal market, which the member states intended to create in order to boost their economies, envisaged a gradual transition from unanimous decision making to a practice of deciding by majority voting. However, the French President de Gaulle insisted on the preservation of the right of veto and blocked his country’s participation in the Communities until further notice. His ‘policy of the empty chair’ created the first existential crisis of the emerging polity and was only solved through the ingenious 1966 compromise of Luxembourg.5

4 – Despite this temporary setback the emerging common market was becoming so attractive that new member states asked for accession. After the first enlargement in 1973 the Communities described themselves in the Declaration on European Identity as ‘a union of democratic states’.6

5 – As it is unfeasible for a union of democratic states to be governed in an authoritarian let alone dictatorial way, the Communities instantly aspired to gain democratic legitimacy of their own too. They transformed their parliamentary assembly into a directly elected parliament. The first direct elections for the European Parliament were held in 1979 with a voter turnout of over 60%.7

6 – As the turnout for the second direct EP-elections saw a decrease in voter participation, the European Council tasked the Adonnino Committee to present suggestions for bridging the gap between the citizens and their Communities. While the Committee addressed the citizens in their capacity of ‘nationals of the Member States gathered in the Communities’, its proposals included the introduction of the EU flag and the foundation of the Erasmus Exchange program.8

7 – Although a severe economic recession in the eighties caused a feeling of ‘eurosclerosis’ in the member states, the Communities welcomed three new countries from Southern-Europe after they had shaken off the yoke of fascism. The increase in the number of participants and the determination to complete the internal market prompted the Communities to introduce quality majority voting (QMV) through the Single European Act of 1987.9

8 – The Fall of the Berlin Wall in 1989 and the implosion of the Soviet-dominated Warsaw Pact preceded but did not prevent the foundation of the European Union through the 1992 Treaty of Maastricht. Instead, the regions which used to form the German Democratic Republic became an integral part of the EU.10 The principle aim of ‘Maastricht’ was to complete the internal market. Both the introduction of EU citizenship and the creation of the single currency were regarded as the crown jewels of the internal market. 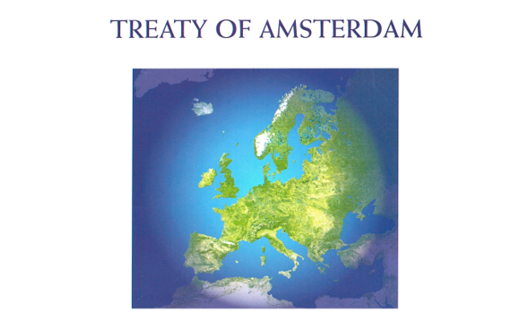 9 – As the EU is open for all democratic European states, a considerable number of applicant countries signalled their intention to accede to the Union after the collapse of communism. In reaction, the 1993 Copenhagen Summit clarified the criteria for accession to the EU by new member states.11 These criteria emphasized the need to respect the values of the EU, notably democracy and the rule of law. The 1997 Treaty of Amsterdam included the values of the European Union in the treaties and initiated the transformation of the EU into a dual democracy.

10 – The construction of a democracy at the level of the Union received a decisive impetus the proclamation of the Charter of Fundamental Rights of the EU at the Summit of Nice in 2000. Eight years after the introduction of EU citizenship the new status still remained an empty vessel.12 The citizens of the Union did not enjoy more rights than those already attributed to them by virtue of the fundamental freedoms of the internal market. The Charter brought about a fundamental change and granted the new citizens a full political, economic, social and legal status. It was, in effect, the Magna Charta of the citizens and enabled them to confidently declare: ‘Civis Europaeus sum.’13

12 – The consequences of the Lisbon Treaty proved to be far greater than politicians had foreseen. The EU Court of Justice had already established before the entry into force of the new treaty on 1 December 2009 that the new status was to be regarded as the fundamental status of the nationals of the member states.15 In consequence, the EU Court abolished the  requirement for EU citizens to cross a border in order to ‘activate’ their rights as citizens of the Union.16 It ruled in subsequent verdicts that EU citizens can also invoke their rights against the authorities of the own country, even if they have been convicted to imprisonment for breaches of national laws!17 In the high profile-case of a jailed politician, who had been elected in 2019 as a Member of the European Parliament, the EU Court of Justice finally established that the EU has an autonomous democracy.18 By delivering its verdict in unequivocal terms the Court confirmed beyond doubt that the EU has been construed as a democratic union of democratic states. Acting within the limits of its competences, the EU has to meet similar requirements of democracy and the rule of law as it demands its member states to respect. 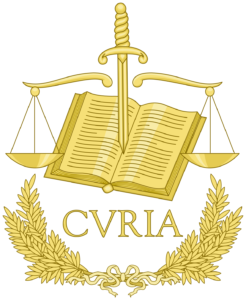 The implication of this development for the position of the EU in the field of foreign affairs is that the Union has been granted the status of ‘enhanced observer’ with the United Nations. In terms of the UN system of global governance the European Union can be qualified as the first-ever democratic international organisation. In consequence, the EU is the only international organisation to have been invited by the American president Biden to participate in the 2021-2022 Summit for Democracy.19

Conclusion While democracy cannot be taken for granted in any member state, European democracy is an unprecedented experiment in transnational governance, which must be nurtured and has to mature. Moreover, there is absolutely no guarantee that results once achieved will not be undermined or lost afterwards. The contemporary backsliding of democracy is a global process, which also affects member states of the EU.20 While member states are free to voluntarily withdraw from the Union in line with article 50 TEU, they have to respect the values of the Union in their capacity of EU member states. However, as membership of the EU presupposes mutual trust of the member states in each other and in the union, the EU still has to learn to defend its values against erosion from within. The Russian invasion of Ukraine also demonstrates that the Union must be able to protect itself against foreign aggression. Under the present circumstances, the EU should consolidate and deepen its European democracy, while defending it simultaneously against erosion from within and against foreign aggression. The EU can face these challenges with confidence in the knowledge that it has created a new form of international organisation with an equally innovative system of governance. The EU is a union of states and citizens, which works as a European democracy. It may not be an ideal democracy of perfectly democratic states but it is the first transnational democracy in human history and it needs the engagement and participation of its citizens to succeed!