The celebration of the 25 years anniversary of the Treaty of Amsterdam urges politicians, cultural and educational institutes to reflect on the role the European values play in their daily communication with stakeholders and citizens, for the sake of an even more democratic Europe.

The most innovative features of the Treaty of Amsterdam are to be found in the field of relations between the European Union and its citizens. The inclusion of the European Values into the European Treaties lays the fundament for the functioning of the EU as a European democracy.

As the subsequent evolution of the EU demonstrates, the establishment of the citizenship of the Union by virtue of the 1992 Maastricht Treaty was not an end in itself but an indispensable element in the construction of a democracy at EU level. Obviously, no democracy without citizens. Over the decades, the role of the human beings changed from cross-border participants in the internal market to fully-fledged citizens of the emerging European democracy. This process was accompanied if not strengthened by the introduction of the values of the Union in 1997. The historical significance of the Treaty of Amsterdam is that it changed the goal of European integration from an economic effort to devise an internal market to an ‘Aristotelian’ endeavour to construct a transnational democracy and to create a European polity. Whereas the Communities could be described properly as a Union of democratic States, the EU also aspires to function as a constitutional democracy of its own. 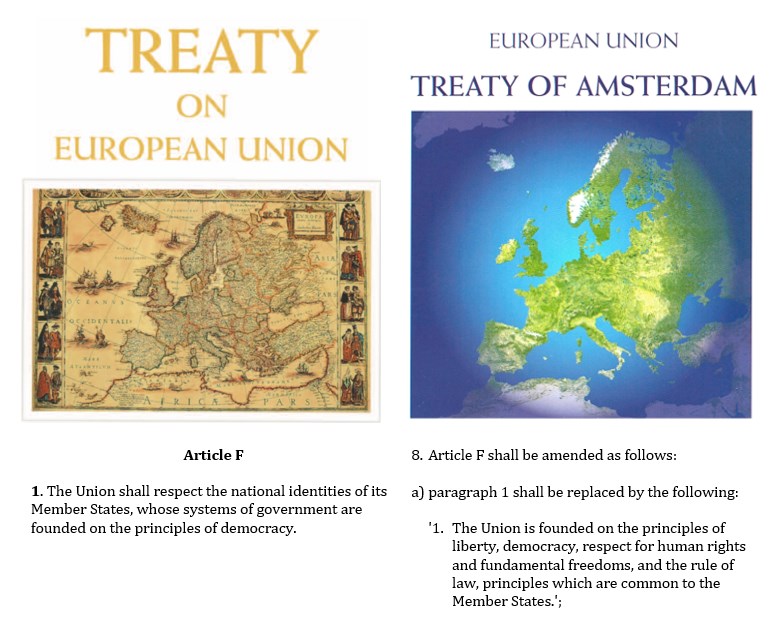